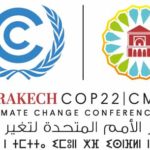 The International Energy Agency’s World Energy Outlook 2016 makes clear Paris commitments equal near full decarbonisation of energy around 2040 – IEA scenarios are often misused to justify half measures, but after Paris, they provide nowhere to hide for governments, businesses and investors.

The first International Energy Agency “World Energy Outlook” since the Paris agreement enables a clearer perspective on how users interpret its analysis and projections for unabated fossil fuels and renewable energy. Overall, the traditionally conservative IEA is more bullish on renewables and sceptical on coal than it has ever been. It notes energy emissions have stalled in recent years and that China’s coal consumption appears to have peaked in 2013. Globally, coal consumption actually fell in 2015 (but hasn’t necessarily peaked).

Energy infrastructure investments have long 30-50 year lifetimes and the report has expanded its outlook from 2030 to 2040. The IEA has presented three core scenarios examining the implications of:

continuation of current energy policies;
policies required to meet emissions targets made prior to Paris (such as Australia’s 2030 target), and;
requirements for a “450 Scenario” (based on limiting CO2 to 450 parts per million in the atmosphere), which it acknowledges amounts to just 50 per cent chance of avoiding two degrees warming and not fully consistent with the Paris objectives.
Usually reflecting a fossil fuel heavy energy future, the “current policies scenario” has been used by Bjorn Lomborg, some fossil fuel companies and others to say fossil fuel dependent and/or exporting nations have little to fear. But that game is up after Paris.