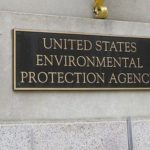 The Trump administration has instructed U.S. EPA to get rid of mentions of climate change from its website, Reuters reported late yesterday.
Communications staff were told to remove the agency’s webpage on climate change, according to two unnamed EPA staff members. The move adds to concerns that a Trump administration will promote a denial of fundamental science within its agencies.
Former EPA employees told E&E News that it isn’t uncommon for incoming administrations to want to pause and take stock and to want to control the flow of information. Yet the degree of control exerted under the new president is unusual.
“What the Trump administration is doing is extreme, and very troubling, especially when it comes to both the grant freeze and the public communications. Coupled with the administration’s disdain for science, there is serious reason for alarm,” said a former Obama EPA official.
As of 8 a.m. today, the webpage was still live, featuring data from NASA and the National Oceanic and Atmospheric Administration indicating that 2016 was the warmest year on record globally. The site includes explainers on how climate change is affecting the United States, with maps for users to see how warming affects their part of the country.
“If the website goes dark, years of work we have done on climate change will disappear,” one of the staff members told Reuters.
If climate change is removed from EPA’s site, it won’t be the Trump administration’s first online scrubbing of the issue. Moments after the inauguration Friday, the new whitehouse.gov site had eliminated all mention of former President Obama’s climate initiatives and replaced them with an “America First” energy plan. It calls for eliminating Obama’s Climate Action Plan.
“Scientific information about climate change is a public good. Taxpayers have a right to the results of research and studies they are paying for. The idea that Americans could be cut off from access to basic information about what is happening to their environment and in their communities is dangerous and appalling,” said a former EPA official in response to the news reports.
Meanwhile, EPA’s staff has already been told not to issue external press releases or post on social media and agency blogs (Climatewire, Jan. 24, 2017).
A freeze on EPA grant spending and contracts is also already in effect this week.
Reprinted from Climatewire with permission from E&E News. E&E provides daily coverage of essential energy and environmental news at www.eenews.net