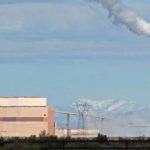 With a dash of his pen, Donald Trump today signed his so-called “Energy Independence” Executive Order at the Environmental Protection Agency. A beaming President Trump told the coal miners flanking his desk that the order meant that they were “going back to work.”

As most loyal readers know, that’s not what today’s EO will achieve, and here’s why.

The U.S. coal industry is not buckling under the yoke of oppressive federal oversight. Coal company CEOs may have welcomed President Trump’s win on election night, but neither the regulations that he will be rolling back with this Executive Order, nor those that Scott Pruitt will be softening during his tenure as chief of the EPA, will be enough to restore coal to its glory days. That’s because coal is the victim of an energy revolution, not overregulation.

Coal isn’t an ideal energy source. It’s particularly filthy, and even countries like China are increasingly being pressured to move away from it by citizens horrified at the toll it takes on their local environment. (In China in particuar, the pressure isn’t coming from environmentalists trying to save the planet, but from average people who want to be able to let their children play outside.) The reason so many countries still lean heavily on coal as an energy source is because it is cheaper than the alternatives.

Here in the United States, that cost calculus has radically changed over the past decade, with hydraulic fracturing and horizontal well drilling unleashing a flood of new natural gas supplies on the U.S. market. That new abundance has brought prices of natural gas down to historic lows. In many places in our country, natural gas is now a cheaper energy option than coal. The market, not an overweening federal bureaucracy, has toppled Old King Coal from his throne.

President Trump’s order opens up more federal lands to coal mining, and while that could help at the margins, it still won’t solve coal’s central cost problem. If Trump was dead-set on rejuvenating the American coal industry, he would need to go after fracking, not the EPA. Trump’s populism goes only so far, of course, and indeed nowhere in today’s Executive Order was there mention of hamstringing the shale industry to give coal a leg up.

So what what does this EO achieve? For one, it’s a clear shot across the bow of Obama’s green legacy; the Clean Power Plan is now likely to be picked apart bit by bit. This was a predictable outcome, and shows that when you live by the Executive Order, as President Obama did, you also die by it when a successor with a different agenda comes into office.

Notably, the EO steered clear of America’s commitment to the Paris climate treaty. There’s apparently some disagreement in the Trump camp on this issue, as Rex Tillerson, Ivanka Trump, and Jared Kushner have all pushed for continued U.S. involvement in this agreement. This is all just a question of optics on the international stage at this point, however, since ultimately the Paris agreement had no enforcement mechanism for compelling signatories to honestly fulfill their pledges.

The truth is, there isn’t much Donald Trump is capable of doing to drastically shake up America’s energy landscape. Barring some radical and unforeseeable technological breakthrough or world even, coal is over; it simply won’t rise Lazarus-like from its tomb. The further development of fracking isn’t being held back by regulations either, as a recent survey of U.S. oil companies found (grandstanding over pipelines aside, Obama was quite friendly to the new industry). There, too, prices reign supreme.

And the effect that this EO might have on the “achievements” of the Paris accords isn’t as great as despondent greens might believe. Obama’s Clean Power Plan provisions were already held up in court, and were not guaranteed to come into effect. Moreover, private energy companies innovating their way to the future have already accomplished far more for the environment and more to position the U.S. as a global green leader than any Executive Orders Barack Obama ever signed. So long as the fracking boom continues, that is unlikely to change.

Coal country will be as loath to hear it as environmentalists who see the devil in Donald Trump, but the simple truth is that the Trump Administration can’t (and won’t) do much to change the energy course U.S. is already on. And that’s ultimately a good thing—both for the economy and the environment.